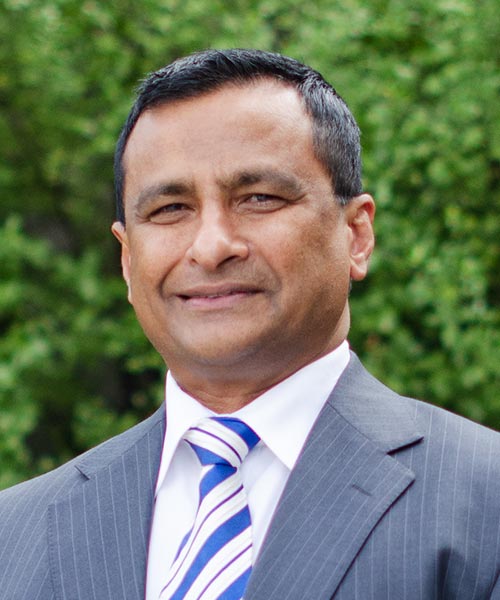 Developing a state-of-the-art medical facility for the community of Camberwell has been a long-standing vision for the founder and Principal of Highfield Park Medical Centre, Dr Tilak Dissanayake.

Tilak brings to Highfield Park significant experience from his extensive medical career in both metropolitan and advanced rural practice, combined with a personable, friendly and diligent approach to patient care.

As part of his wide-ranging medical career, Tilak spent 11 years as the solo medical practitioner in the remote town in north-west New South Wales. His role included managing the 20-bed district hospital and providing extensive medical services at both his general practice and the hospital, providing 24hours oncall.

Tilak is a passionate advocate for bringing to metropolitan medical care the advanced skills, professional diligence and personalised approach that is typical of rural medical practice.

Tilak has a special interest in skin cancer medicine and has performed over 15 000 skin cancer surgical procedures, including skin grafts and flap repairs.

He has undertaken continuing professional education in Skin Cancer Medicine since 2002, and in 1998 was a Senior Resident Medical Officer in Plastic and Reconstructive Surgery at The Alfred Hospital, where he worked in conjunction with the hospital’s Department of Dermatology (Victorian Melanoma Service).

Tilak obtained his medical degree from Monash University in 1994. He also holds the following post-graduate qualifications:

He has ongoing continued education in Skin Cancer Medicine and maintain close links with the Victoria Melanoma service.

Tilak’s medical training and continuing medical education has also encompassed training in a wide range of skill areas, including:

His time as the solo medical practitioner servicing a District Hospital, saw significant utilisation of his skills and training in many of these areas, most particularly in emergency medicine, obstetrics, paediatric care, geriatrics and palliative care.

During his long and wide-ranging medical career, Tilak has also worked as:

Tilak served as the Victorian Director of The Australian College of Rural and Remote Medicine and trained as a examiner for overseas trained doctors.

While practising full-time in NSW, Tilak was a Member of the Executive Medical Council of the Greater Western Area Health Service (GWAHS) of NSW, and a Member of GWAHS’s Area Medical and Dental Accreditation Committee.

Dr. Tilak Dissanayake was a Board member of The Victorian Board of The Medical Board of Australia 2014-2018, making a significant contribution towards safeguarding the community.

Service to medicine and the community

Tilak is a current Board Member of The Eastern Victoria GP Training (EVGP).

Tilak has been appointed Senior Lecturer at Melbourne University (Department of General Practice).

Tilak has made a significant commitment to his patients, the medical profession and the community in a wide variety of honorary roles outside of medicine.

He also received the Service Above Self Award from Rotary Club District 3220 in 2006, in recognition of his efforts in introducing international sponsors to provide low cost shelters to victims of the 2004 Boxing Day Tsunami, appointed by the Australian Government to provide emergency services.

Tilak is The Centenary President of the Hawthorn Rotary Club, Kooyong (2020/21)

Tilak remains a passionate advocate for rural medicine and enticing the next generation of doctors to rural practice. To this end, he has been a keynote speaker at a variety of national conferences including the 2008 National University Rural Health Conference in Launceston. He was also a guest speaker at the 2007 and 2008 Rural Appreciation Weekends, which are designed to provide medical and allied health students with an insight into the rewarding nature of a career in rural health.

Tilak has also been a regular commentator on rural medical issues in the national print, radio and television media. He featured in the SBS Television Insight program, Fixing Hospitals (broadcast in 2010) and the ABC TV Landline episode, A Country Practice (also broadcast in 2010).

When he is not practising medicine, Tilak enjoys spending time with his family, friends and working in his vegetable garden. He also has a keen interest in health, fitness and sports.